Video gaming is one of my passions, and the TN Smash Bros community is very important to me. I try to provide my skills for them in any way I can. I'm responsible for a lot of graphics and videos that are representative of our scene.

We have a database that tracks player's wins and losses that determined Tennessee's top 30 players using the ELO ranking system. A few of the our community members wrote a blurb for every one of these players to create a snapshot of what our scene looks like to an outsider. It's been the most comprehensive project we've done, and I was tasked with creating the images. All the blog articles are hosted here on my website.

I often create the banners for our Middle TN Smash Facebook page that ranks our best players along with the characters they play. I was feeling unusually wholesome and used a lot of vibrant colors and characters. It fits our reputation of being rowdy. This was for our Winter 2017 rankings. 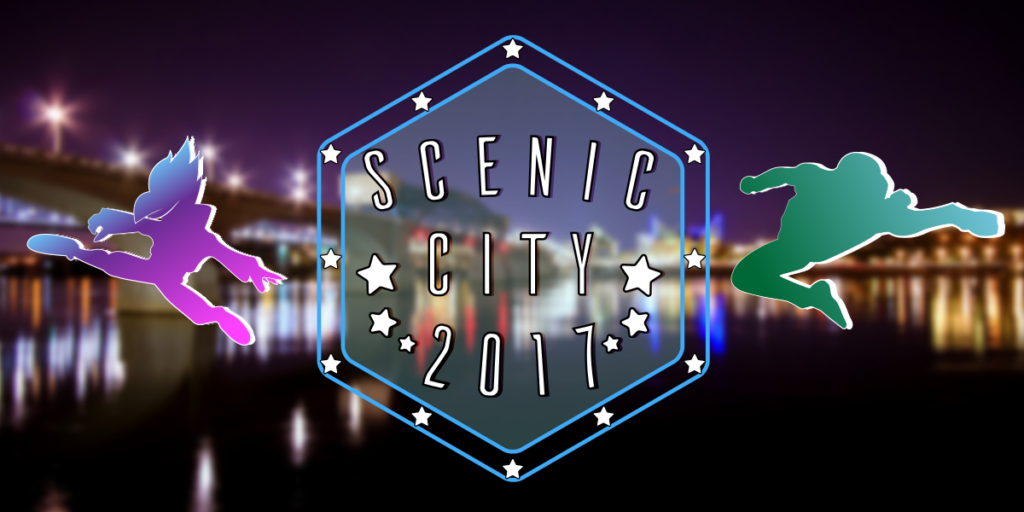 Here's another banner that was used on a Facebook event page. It ended up being a 105 person tournament in Chattanooga. I traced some character models in Illustrator and gave them a flat gradient. I also made a quick badge style logo and put it all in front of the Chattanooga cityscape.

Similar to the Power Rankings banner, I made a video highlighting some of the cooler moment from TN's best players at the time. A combo video is a monument to your region's skill, and is a nostalgic throwback to the early days of video gaming on Youtube. I made the graphics and did all the editing. (I'm also #5 in the video!)